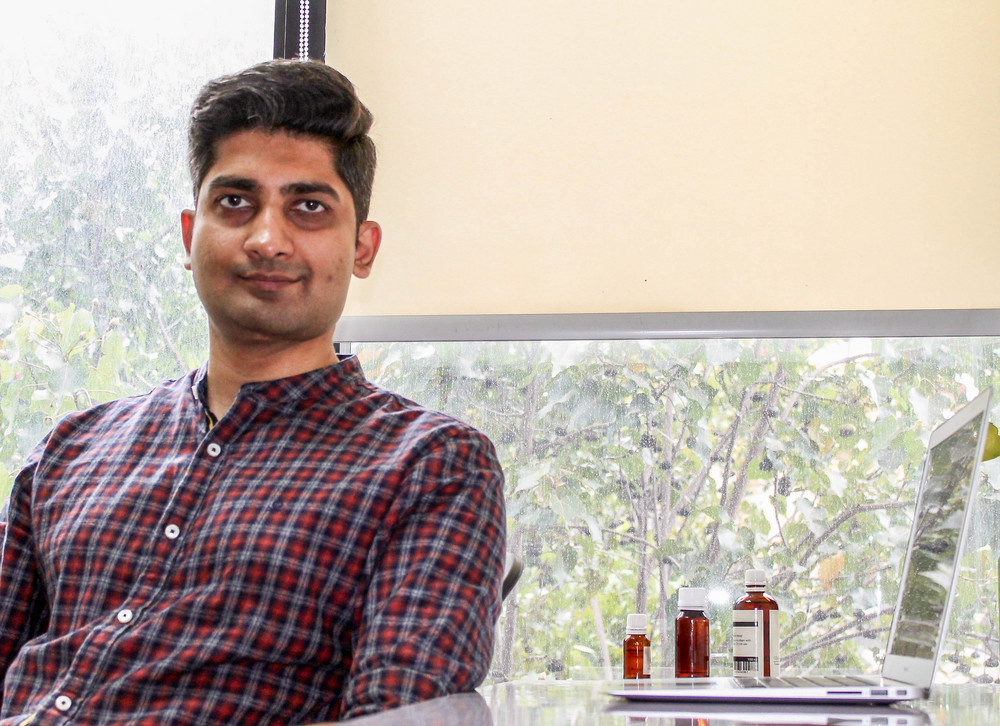 This month we would like to recognize Akhil Kashinath, a SolBridge alumnus from India. Akhil is currently facilitating the launch of UK based essential oils and aromatherapy brand, Absolute Aromas to the Indian market as a General Manager.

He started his international career while still a student in SolBridge; working part-time for the Korean Intellectual property office in Daejeon as a communications editor. On graduation, he joined a large Korean solar energy company, Shinsung Solar in Seongnam-si as a manager for overseas sales and marketing. There he handled clients in South Asia, the Middle East and Europe. In 2013, he returned to India with a single focus on working in the energy sector by making an impact at the grassroots level. He achieved that by working with Simpa Energy, a USAID funded social impact start-up with the mission to electrify rural India. This led to his association with a series of companies as a consultant in the social impact space.  In 2016, bitten by the entrepreneurial bug, Akhil decided to start a clean label products company called ‘The Oil Collective’ and has managed it in India for the past three and a half years.

Akhil graduated from SolBridge in 2011 with an MBA specializing in International Business. While at SolBridge, he was the Vice President of Student Council, 2010. Akhil attributes his international exposure to SolBridge. “The biggest life skills studying at SolBridge gave me were a sense of taking risks and thinking big. Being in a multi-cultural environment with experienced faculty who had global experience, broadened my thinking and allowed me to see opportunities others would not.” He says.