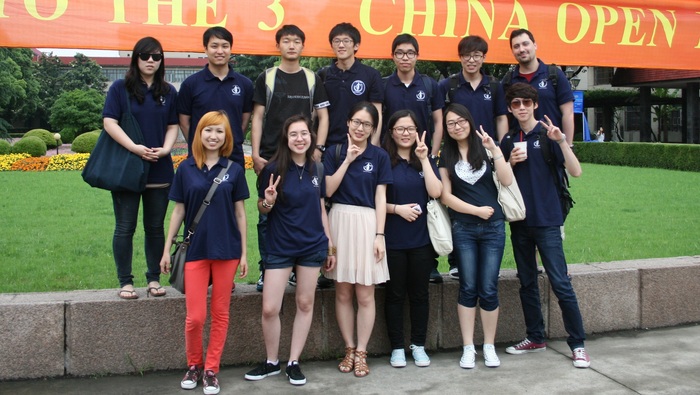 The SolBridge Debate Society continues to reap success on the international debating circuit. At the 3rd China Open, which was held from May 25-27, the debating team participated in its second largest debate tournament ever (after the World’s University Debating Championship) with over 144 international teams participating. The SolBridge Debate Society (SDS) representing Korea had five teams and five adjudicators participating in this prestigious event.

The 3rd China Open held from May 25-27 was the second biggest debate tournament of 144 international teams participating followed by the World’s University Debating Championship. The SolBridge Debate Society (SDS) representing Korea had five teams and five adjudicators participating in this prestigious event.

For both debaters and adjudicators, it was not easy to place in this event since they were not familiar with debate topics which were specifically focused on China such as the Hukou Policy or Yuan Ming Yuan Palace. Despite the challenges, SDS proved themselves to be worthy debaters and adjudicators and for some of the members, placed high in the competition. Soan Jung and Jaedong Jeong were ranked as 4th in the preliminary rounds and made it into the semi-finals. 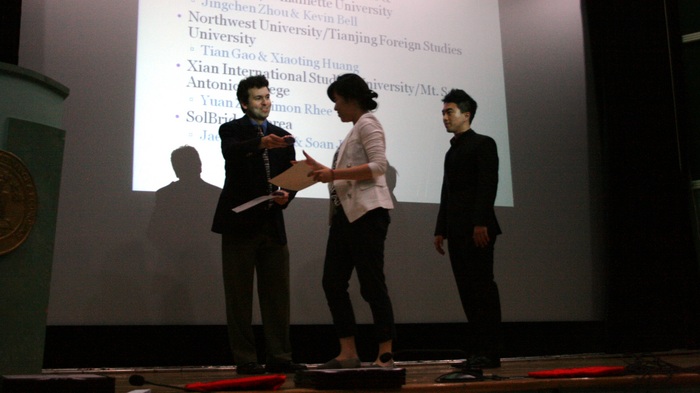 As for individual efforts, Soan Jung and Jaedong Jeong were awarded the top 2nd and 5th best speakers, respectively. Also, Joshua Park, our team’s head coach, and Joe Iesue, an assistant coach, were asked to judge in the final round. Other debaters and judges were also praised by people from other institutions.

If it were not for effort and dedication of the coaches and all debaters as a team, none of the achievements could have happened. Also, teams from SDS had a lot of interaction with other great debaters outside of Korea, promoting SolBridge as a great institution and where they could passionately learn and enjoy debating. Overall, it was a great tournament for our debaters and judges whereby the SolBridge Debate Society continues to prove themselves in these international competitions.

Back
Previous SolBridge Celebrates its Diversity Next Sourcing of Services Worldwide: Impact on Global Economic Recession