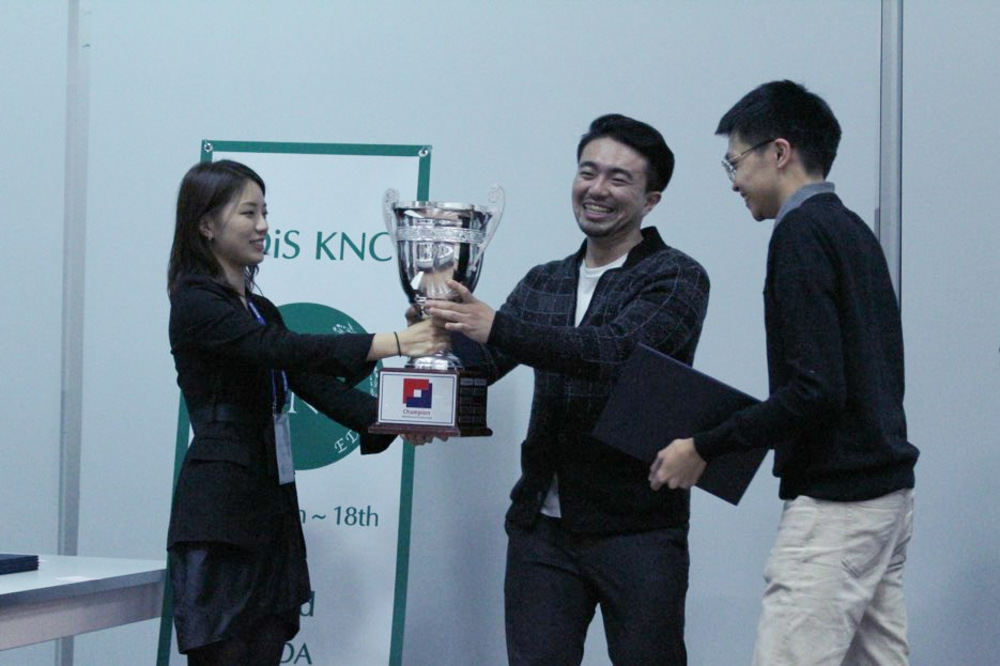 2018 Fall KNC  was held in the British Parliamentary debating style, a popular format featuring four teams that compete against each other, with each team being ranked 1st to 4th then receiving points based on their ranking (1st = 3 points, 2nd = 2 points, 3rd = 1 point, 4th = 0 points). At the end of the preliminary rounds, the points are tallied to determine the top 16 ranking teams, which would move on to compete in the break rounds, with separate breaks being available for EFL and novice teams. At the end of the five preliminary rounds, three of our teams had made it to the elimination rounds, with SDS1 (Leomar Doctolero and Jaedong Jeong) ranking 2nd overall, SDS2 (Silvia Sun and Diyorbek Mukhammedov) ranking 15th, and SDS3 (Houymean Lim and Jamoliddin Ergash-zoda) qualifying in the EFL category (ranked 2nd).

While SDS2 concluded its journey in the Quarterfinals and SDS3 fell just short of winning the EFL Championship, SDS1 cruised through the eliminations rounds (where the top two teams from each room move onto the next round), placing a unanimous 1st in each of the Quarterfinal and Semifinal rounds against teams from Seoul National University, Yonsei University, Sogang University, and Hanyang University. In the Grand Finals, they were pitted against Kyunghee University (the team that ranked 1st in the preliminary rounds and had edged us at the Grand Finals of the Northeast Asian Championships the week before) and two teams from Seoul National University. Despite being placed in a challenging position, the team dominated on the biggest stage, with the seven judges in the Grand Finals panel all agreeing to award the Championship to SolBridge Debate Society. 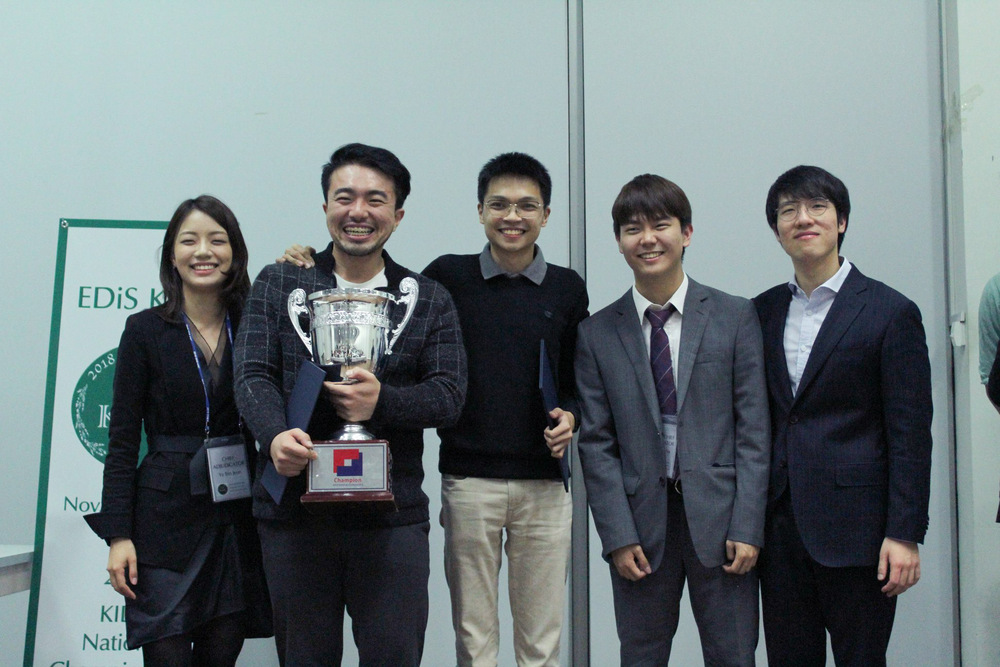 Congratulations to the Champions and the entire SolBridge Debate Society.

Back
Previous SolBridge Alumni Homecoming and Luncheon Next Embracing our Diversity at SolBridge: Culture Day 2018