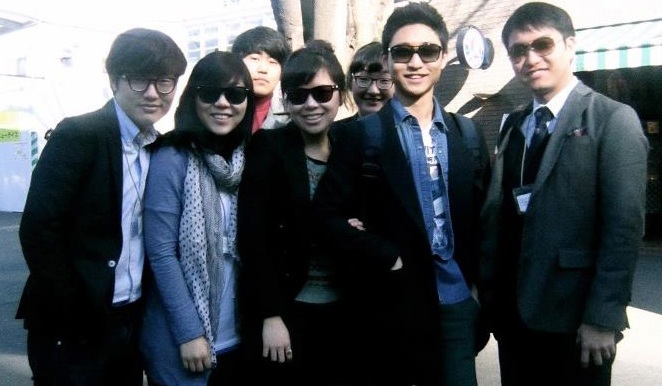 During the week of March 10th to 14th, there was an international debate tournament in Japan held by the International Christian University (ICU). Participants from more than 15 different countries came to compete against each other and among them, representing Korea, were DeBridge teams from the SolBridge International School of Business.

The DeBridge team had 3 great adjudicators and 2 competing teams composed of 6 fiery debaters in total, and out of those 9 individuals more than half of the team broke, which means getting through the preliminary rounds either as a debater or adjudicator. This was a remarkable achievement, for this ICU tournament was very competitive with many strong teams lurking around and fighting their way to the top. The DeBridge teams debated against many great debaters from prestigious institutions and fought until the very end as a team.

As for the judges, it wasn’t easy for them either. In many debate tournaments, one of the most common problems that debaters complain about is the quality of the adjudicator pool. This tournament, however, had very few complaints about judges compared to other tournaments. It was even acknowledged by the adjudication core, people who are in charge of looking at records and feedback of debaters and adjudicator from each round to make sure there are no problems, how many debaters were satisfied with their adjudicators and their judgments. This meant that the adjudicator pool was filled with excellent and experienced judges, making it difficult for judges to break as well.

Despite all these difficulties, DeBridge had 2 breaking adjudicators who judged main rounds and one team that went up to quarter-finals. For an organization that started only few years ago, this certainly is a great progress and it shocked many people. One thing is for certain, since the formation of DeBridge, the team has grown at an amazing speed with tremendous efforts from debaters as well as help from supporters in SolBridge.

Back
Previous World of consulting: Its Attraction and Preparation to be a Consultant Next Students from the National University of Malaysia (UKM) Visit SolBridge