Together We Can with the Honorable Ms. Na Kyung-won 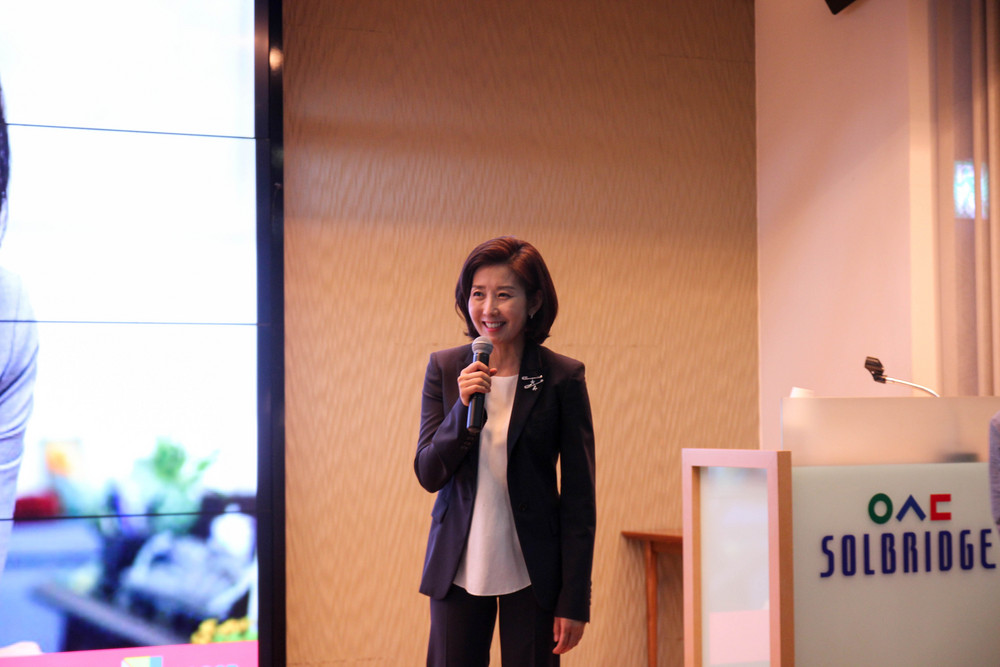 The road to success is not always a smooth one; along the way, there can be many bumps and obstacles—even more so if you are a woman.

The Honorable Ms. Na Kyung-won, a member of South Korea’s National Assembly, found this to be true when she was appointed the only female judge in Pusan.

“Instead of hearing encouraging words when I first started,” Ms. Na said, “I was told that I couldn’t use all my maternity leave.”

Not about to give up, Na put in a lot of effort to overcome gender bias.

“This was a harsh reality in Korea twenty years ago,” she said.

Speaking at SolBridge’s forty-second Platinum Lecture Series, Na shared various life lessons and moments from her distinguished career, including becoming the first female chairperson of the Foreign Affairs and Unification Committee, and currently the chairperson of the Low Birth Rate and Aging Society Special Committee. One of her most rewarding moments was passing a North Korean Human Rights Act which took eleven years to pass.

She also offered some advice—something that she learned both as a judge and a politician—to students to help them in the career choices that they will make one day: listen closely and pay attention to details.

“Everything begins with good listening,” she said. “You need to listen with your heart.”

As for paying attention to details, she said that one must emphasize every little detail. Together, these values form a critical mass for success.

And finally, she had something to say about the importance of working together—either as part of a team or in her case, working with her constituents.

“When you walk alone you can get somewhere faster,” she said, “but when you work together as a team, you can go much farther.”